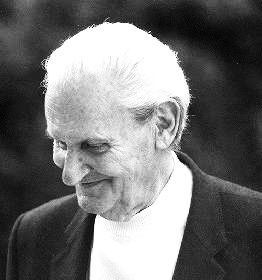 He was designer of about one hundred sailing crafts from all sizes, from the Vaurien with 4.08m up to the Beaufort with 20m. You want to know some names?
Le Vaurien, la Caravelle, le Corsaire, le Cap Corse, le Mousquetaire, la Corvette, le Cotre des Glenans, le Maraudeur,...

J.J. Herbulot had the idea to open sailing for everybody. The building in series, first in plywood, later in GRP is the proof of it.

J.J. Herbulot will never be on a CIV-meeting nor on any World Championship. We will miss him and his kind way of discussion and his knowledge. But we, the sailors from one of his dinghies, will keep the retrospection with us. In every time, we see our Vaurien, we see one part of J.J. Herbulot idea, sailing for everybody. And I'm sure, his idea will still be alive and therefore, his Vaurien will be a monument of a big designer and sailor, dear friends, don't forget him!